If you pay with crypto you receive a 10% discount. The coupon code can be found during your order processing.

1 in stock (can be backordered)

The first question you might ask is, “Why did you create your own VPN service?“. The answer is pretty simple: I don’t trust any VPN service providers, and I’m not alone in my view. This article sums up many of my thoughts on the subject: https://theconversation.com/is-your-vpn-secure-109130 . The CryptoLab VPN Service was born out of the need for a secure, no-logs, easy-to-use VPN. Many people have asked me what I think of a particular VPN provider. I could never tell anyone I thought one was better then another because I didn’t like any of them. If you think a low-priced VPN company isn’t treating you as the product, you might want to think again.

While VPNs might seem like the logical solution, with a paltry cost of a few dollars a month and a promise never to share your activity, the reality is very few of these services actually keep their word. In fact, if you fail to pick the right VPN provider, the privacy cure you’ve been looking for might be worse than your ISP in the first place. With millions of people downloading VPNs to protect themselves, this is something to take seriously. In the first academic review of the VPN market, researchers around the world examined and tested almost 300 VPN apps. The results were frightening. Almost 50% of VPN apps inserted malvertising and other malware onto the user’s device. And almost 20% failed to encrypt their user’s activity. To make matters worse, for some users at least, many VPNs can’t reliably unblock Netflix and others will slow down your internet speeds solely to encourage you to buy a faster plan. Perhaps most disturbingly of all, one provider (VPN Hola), even sold its users’ bandwidth for profit. This is a practice they openly admitted on their website.

So, what do you get when you sign up for the service? You get 10 concurrent connections to 11 different VPNs located around the globe. All locations offer ad blocking.

What can I expect from you when I order the service?

I’m not trying to compete with the larger VPN providers. I know I have a unique boutique service that is small enough to fly under the radar of most “bad actors”. I’m not looking to add hundreds of users to the service. I aim to serve a select crypto group.

That’s a very good question to ask yourself. Since most VPN providers are not transparent, it’s hard to judge. You’ll need to do your own research to understand how a company handles your private data. You are passing the trust of this data monitoring from your ISP (Internet Service Provider)  to your VPN provider.  Who do you trust more?

Here are 2 article to help you understand how important it is to select a reputable VPN provider.

VPN Comparison (promoted, but not endorsed by EFF). https://thatoneprivacysite.net/#simple-vpn-comparison

Algo servers are quick to set up and even quicker to take down. The theory that I subscribe to is Change is good. The current list of VPN connection cities will be dynamic rather than static. There is no set schedule for changes. If I find that one server is not being utilized I may remove it from service and replace it with another location. If I feel, for any reason, that one our VPNs is being monitored, I will remove it and replace it with another location. You will be notified and new VPN config files will be sent out to you.

So, now you are thinking, “If you don’t log things, how do you know if a VPN server is not being used?” I don’t log things, but I do monitor the servers. Below is a screen shot of a few things I monitor: CPU, Disk IO and network traffic usage. This monitoring is done at VPS-provider level and not something that is running on the server. You can also view the VPN monitoring page for VPN uptime. 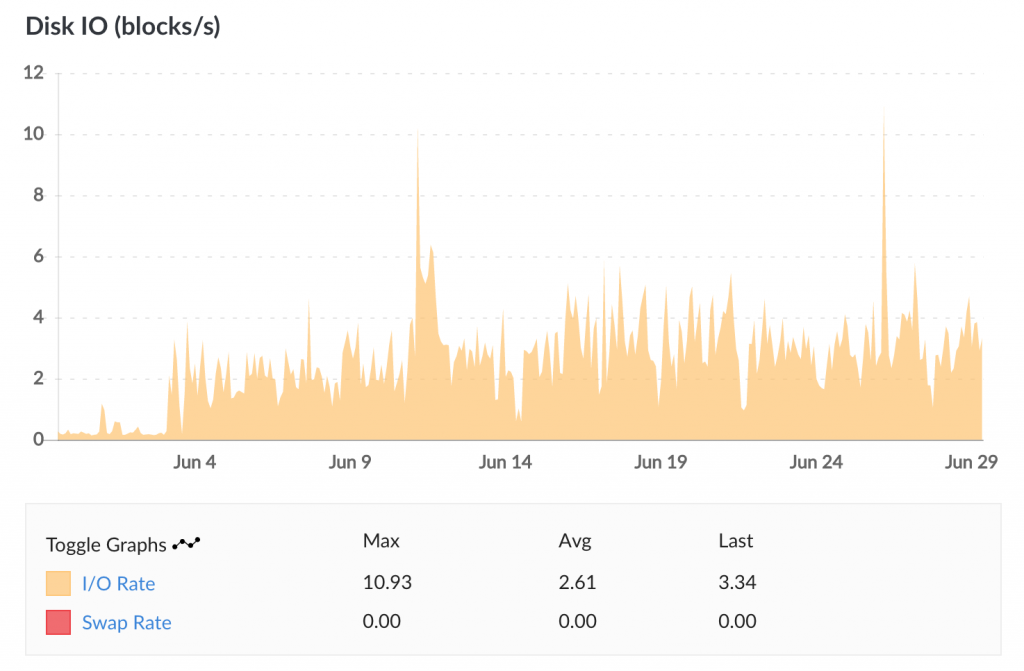 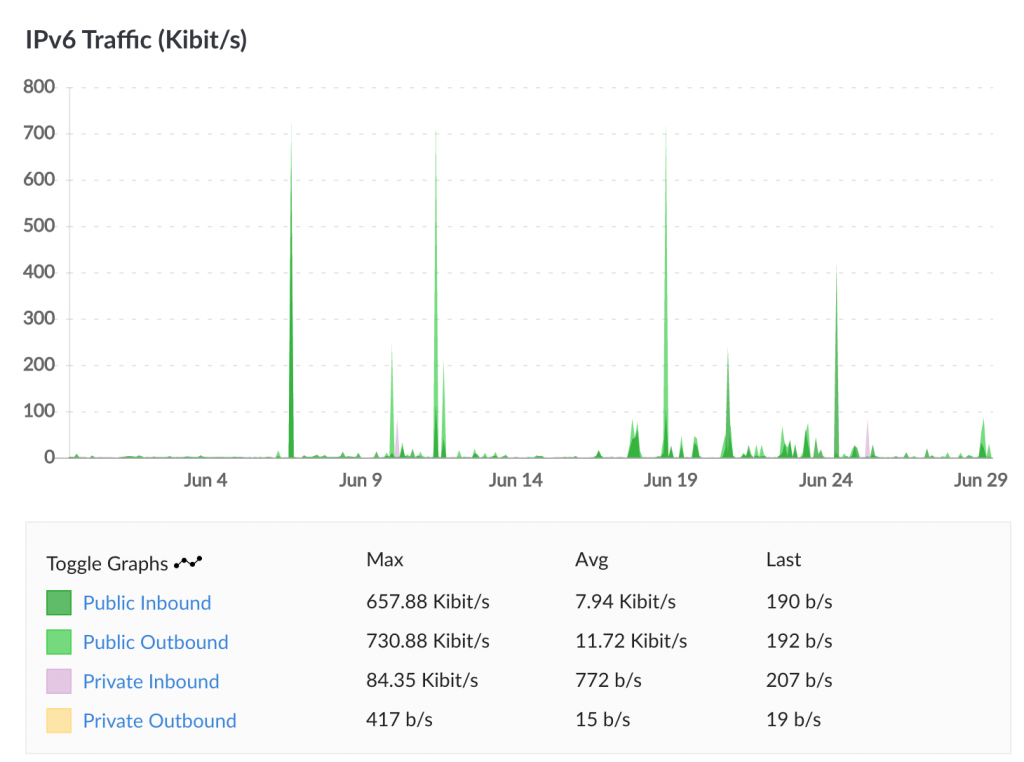 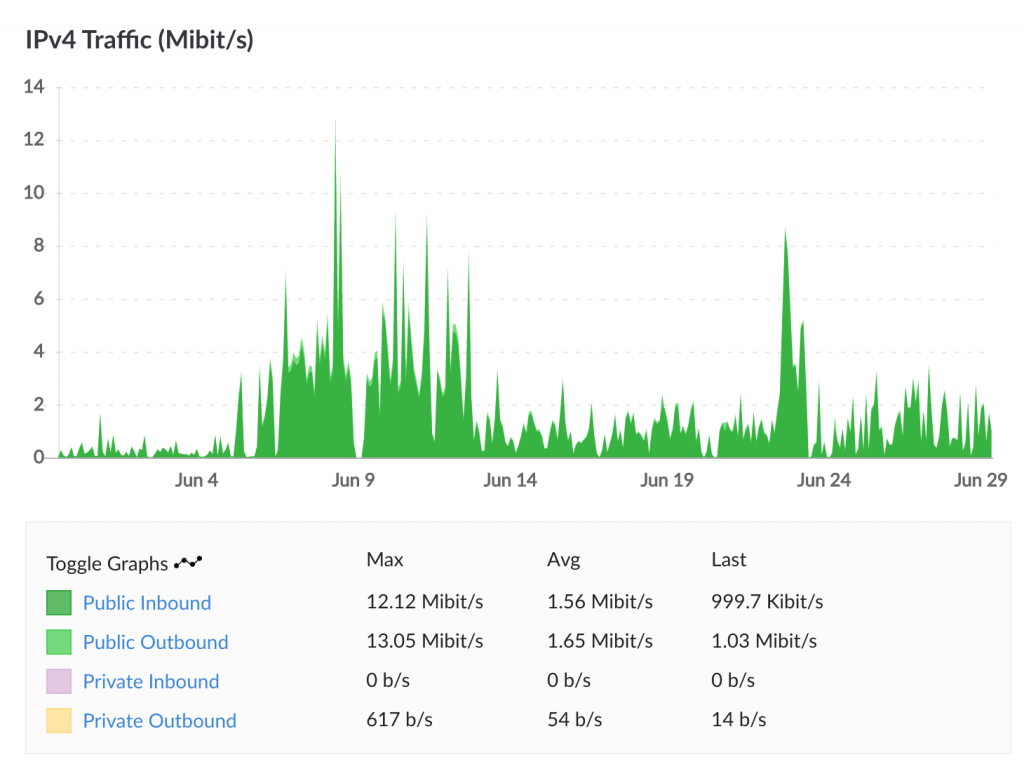 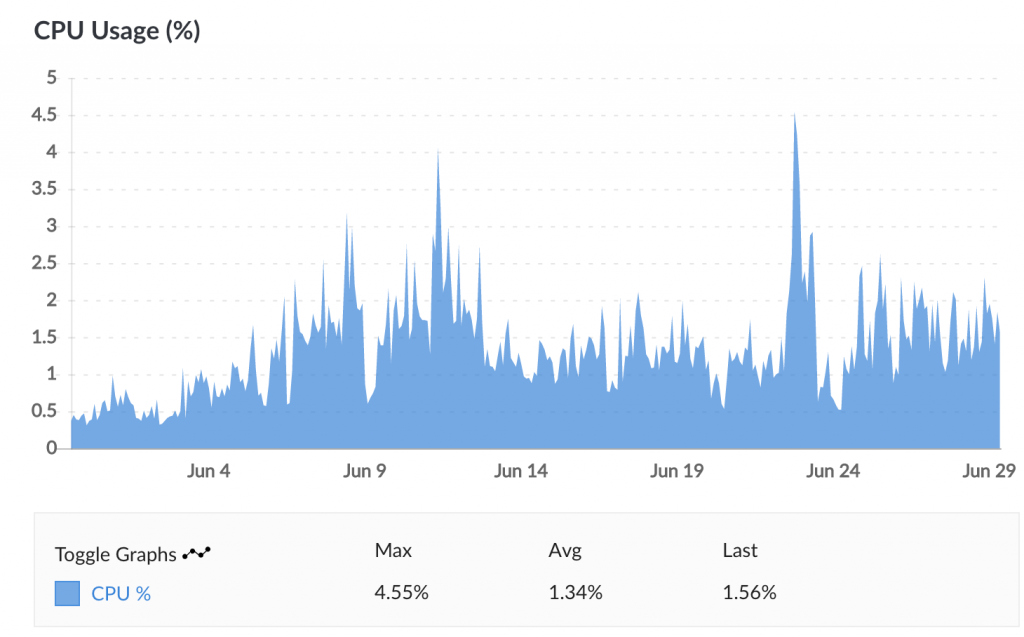 Check out These Resources